Another year is over and a new one has just begun. Looking back over 2022, what occurred in your career and what learning was done? Written by Simon Brown. 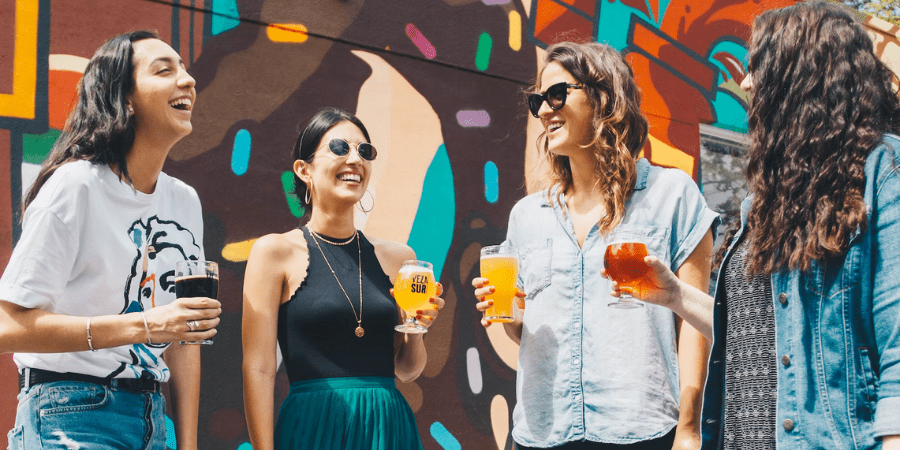 My own career stretches over 40 years working mostly in large businesses across many sectors. I’ve seen enormous changes in technology in that time in the way we record what we do and the communications we use.

From dial clock bakerlite phones to plug-in battery-operated Motorola phone bricks, to Nokia handheld, then, Blackberry, Samsung, and Apple iPhones. From typewriters with carbon copies and fax machines, from computer printouts on green and white lined A3 paper to green text on black screens with a huge back to flat screens and portable PCs, tablets, and Ipads.

I’ve also witnessed behavioural changes in the way we work; from counter service, typing pools, secretaries, local shops, and home deliveries, to self-service supermarkets, D-I-Y, cash-and-carry, global high street brands, and then back to home deliveries (Amazon, Ocado and other supermarket vans, Deliveroo and Just Eat Restaurant food to your door). Alexa and Google now serve as my secretarial PA!

From banks with cashiers where you queued to pay in or take out cash, to hole-in-the-wall ATMs, to online and phone banking, and closing of local branches. From largely cash to mainly cards.

From long commutes, full week plus Saturday working, 9-5 in the office presenteeism, command and control managers, to work from home for some, output-based hybrid working for some others, and zero-hours and deskless on-site working for many.

Some things have stayed constant however including how we grow as individuals and how we develop people in our organisations.

Forty years ago, the UK Government drove compliance for training through apprenticeships, youth training scheme (YTS) and industrial training boards with levies on companies for non-compliance. Now there is a lot more we can all do to own our own personal growth and development. From night school, Polytechnics Distance Learning and the OU to LinkedIn learning, self-directed and blended learning to networking with others.

It is sad to see some trends repeat themselves – like in a recession we seem to cut back first on the training budget, and as individuals, we de-prioritise our learning as we strive to survive and juggle with mental health, family, food on the table, and budgeting our expenditure – as our wealth is now called our financial health.

However, there is a great way to keep learning on the agenda, at relatively little cost, and it's flexible and can start at any time of the year, regardless of learning centre sites and locations, and alongside financial quarters or academic terms. It’s called mentoring – and I often think of it as one of L&D’s best-kept secrets. One that 60% of organisations, according to a 2022 global survey of HR leaders have not implemented, even though it’s easier to set up than any management or leadership sheep-dip training course, requires fewer resources and with the help of cloud-based software reduces the administration of an organisational mentoring program by over 80%. It’s proven to improve employee engagement, retention, and support career growth.

Having first discovered mentoring in 1994 when I worked at SmithKline Beecham (now GSK) and was trained in its use as part of a CIPD initiative to help the professional growth of personnel management, I quickly got involved in mentoring others on a one-to-one basis to share knowledge and network and act as a sounding board to help them to develop and grow. I acted as an alternative communication and facilitation source to the power relationship between manager and employee, I offered the confidential and independent third part of the development triangle.

So, when I was approached by PushFar CEO and Founder Ed Johnson to join his recently formed mentoring matching, meeting scheduling, progress tracking and evaluation software start-up in 2019, as an advisory board member, I jumped at the opportunity and also became a volunteer mentor for their open platform.

PushFar has now grown to become the world’s largest open mentoring platform with over 100,000 members on its free site and over 120 organisations leveraging the PushFar technology for their own branded mentoring programs. The Covid pandemic with its lock-down restrictions changed our paradigm and showed the world a different (and wider) way to communicate and to learn, and as a result, the talent and learning platform grew exponentially as PushFar members used video technology to set up meetings with their mentoring partner anywhere in the world. Being in the same town or city and close to a coffee shop was no longer a selection factor in who you could be mentoring with.

I have had the pleasure of mentoring individuals from Brazil, Kenya, Belgium, Wales, and others, as well as my own country England.

Usually, the relationships last just as long as the mentee needs them to – on average 6 months to a year, and I have found that the most productive mentoring relationships occur when the mentee can commit to spare 1 hour per month and meet routinely every month, and where they own the agenda (after all it's their career) for meetings and have clear goals. Goals are often agreed upon in the first meetings and shared between mentee and mentor to give focus to the purpose of the meetings and a way to see if progress is being made and learning is taking place. Without goals and regular routine meetings, the mentoring meetings can be diluted to being just a social chat and a catch-up on where we got to, and what has changed since last we spoke.

What is important is for the mentee to say it's over when they are no longer getting what they need or can no longer commit the time to a mentoring relationship. It’s what I call the no-blame divorce - much better than dragging it along beyond its time.

I am pleased to say that as a mentor it is very rewarding when you see growth in the development and the career of your mentees, and you can learn a lot yourself. It really is a two-way learning relationship and in my case, I have learnt about both intergenerational and international culture and differences, diversity and inclusion, different work sectors – private, public, not-for-profit, and how challenging it can be as a parent of young children who is also in a demanding managerial role and striving to do the best both for their family and their career.

I think it is important to keep confidentiality when discussing the mentees I have worked with, and yet I can say with pride that one of my mentees had a goal to move from customer services to HR and we discussed an approach to achieve this within his own current company - and it worked! Another mentee moved out of one sector into another and made strong progress gaining a promotion after 1 year. A third mentee was in her final year of University and was then successful in gaining her first HR professional role, and a fourth mentee worked with me as a sounding board to move from being an employee of one company to exploring self-employment, to move to full-time study, to then gain higher graded placement in a new profession for another organisation.

A fifth mentee in the not-for-profit sector originally chose me as her mentor because we lived in the same city. However, Covid 19 struck, and we never met face to face but for 6 months had good discussions over the PushFar video meetings and she helped me with some introductions to other organisations who were considering mentoring programs for themselves.

I’ve also had one-off mentoring meetings with individuals from Trinidad, Tobago, and the Philippines to help them set direction and give them tips. I was pleased in 2022 to be asked to step up to chair the advisory board at PushFar, and participate in a mentoring circles discussion and an interview for a mentoring article “Spotlight Mentoring Interview: Simon Brown”.

So, what will 2023 bring for me and for mentoring?

I’m hoping for new experiences, to be able to share knowledge, and two-way learning, and I have introductions with four new mentees coming up soon.

As for PushFar, I am proud to be associated with this organisation and the PushFar team who are progressive, creative, and very innovative, and are enabling organisations and individuals via their cost-effective cloud-based mentoring software and mentoring training resources. Licensing costs vary according to the number of participants but are very fairly priced. Similar to the cost of two good cups of coffee per person per month.

I’m also happy that in a small way, I have helped PushFar to grow – with two organisations that I have introduced to PushFar, via demonstration of the platform and service, now having taken up partner licences with PushFar to provide mentoring to all their employees and it’s going well!

Of course, that’s only 2 out of over 120 organisations that are now partnering with PushFar on mentoring. Others represent all sectors including Higher Education (8 Universities) Financial Services, Banking, Insurance, The NHS, Professional Institutes and Associations, Music, Retail, Real Estate, D&I groups, Social Communities, Charities, and a whole lot more.

There is a strong element of social responsibility in the work of PushFar, both for enabling learning, career development and diversity equality and inclusion for all, in all that they do - and in all that we do as mentors and mentees too.

If mentoring is something you would like to consider – for yourself or for your organisation, find me on LinkedIn or contact PushFar.com. 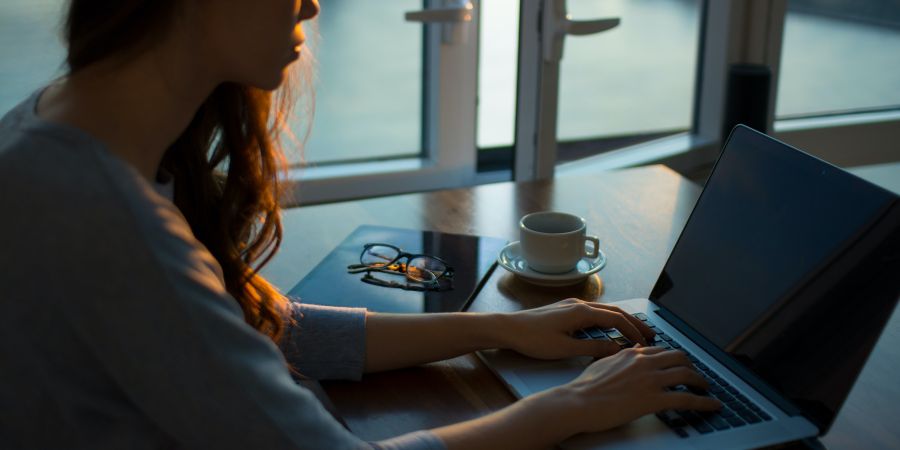 Managers should invest in improving their new hire remote onboarding processes. Thats why, in this article we discuss how to effectively onboard remote employees and 7 ways to improve training.

PushFar is proudly interviewing our open network members to learn more about their mentoring experiences and careers. If you want to know more about Niyati Daftary, keep reading. 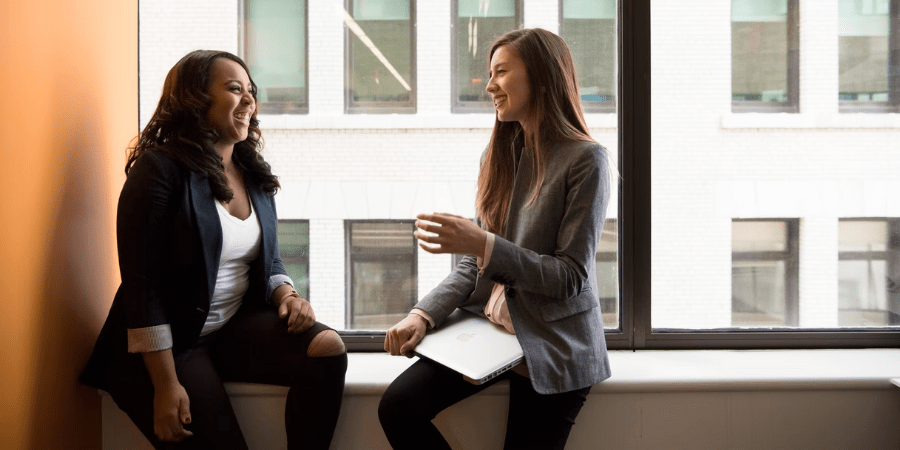 It is all well and good to make agreements and promises when hiring staff, but being able to keep to those (also ensuring as time goes on and needs change that you as an employer can accommodate those changes) is vital to keeping staff happy. In this article, we have listed some of the most important parts to think of when looking at employee retention.