How Can I Improve My Career Progression?

Whether you're look for a promotion, to move sideways in your company or simply looking to progress forward with your career, it's not always easy. We're here to help! Career progression. It's not always as easy as it may at first appear. On some level, every day that we spend working is progression. But we know that that's not how it always feels. The grind in your job - whether you love or hate your work - can be relentless. It's so common for students, graduates and professionals at all levels to feel despondent at times. But what exactly can you do to ensure you’re on the right tracks and being the best, you can be? Well, here are a few tips and tricks to help you with your career progression and development...

Ask For Help
Yes, it may seem obvious but first and foremost, it's vital to never shy away from asking for help and support in your work. Whether you're a sole trader or working in a company with 150,000 employees - asking for support is the first step to career progression. As a sole trader it might seem that bit more difficult to ask for help but the best way to approach it is through networking groups, friends and family. In a larger organisation, don't be afraid to explore. Meet people in other departments, ask HR for support, approach colleagues and managers. It can't hurt to ask and it's going to help!

Stand Out - Be Bold
Fortune favours the brave - or so the saying goes. And it really does. Standing out doesn't have to mean being the loudest or largest though - standing out can manifest itself in lots of ways. Standing out for your attention to detail, dedication to clients, quality, care, passion and so many more examples are great ways to stand out! Being bold is, again, not necessarily being the loudest or largest. Taking bold steps in your work and going that extra mile will further unlock career progression potential.

Don't Be Afraid To Move On
We would all love to be able to say that we plan to find a job that we love, in a company we love and where we will be promoted every two or three years (or even more regularly!). However, in the large majority of cases, this isn't the case. We live in a time when changing jobs is far more common and accepted. Working at lots of different companies and in lots of different roles shouldn't be considered a bad thing. In fact, it should be positive! Experiencing different company structures, approaches and roles simply furthers career progression, development and learnings. Don't be afraid to leave the company you're at if you find the role you are looking for somewhere else. Sometimes, we must move on. It's just life.

So, there you have it. Four quick and simple tips to help with career progression! PushFar's platform is being developed to help make career progression even easier, more efficient and effective. If you would like to become involved, simply enter your details on our homepage here and when PushFar launches you can become part of an exciting world PushFar!
PushFar: The World-Leading Mentoring Platform

Why Mentoring is Key in Global Mobility In a recent survey from BGRS, the third most challenging factor for the Globally Mobility industry in managing Assignments, after compliance and cost containment, was ‘Assignee and Family Adjustment’. I can understand why. For employees travelling to new locations, there are often steep learning curves and vast adjustments

7 Ways to Improve Engagement with your Mentoring Programmes and Schemes 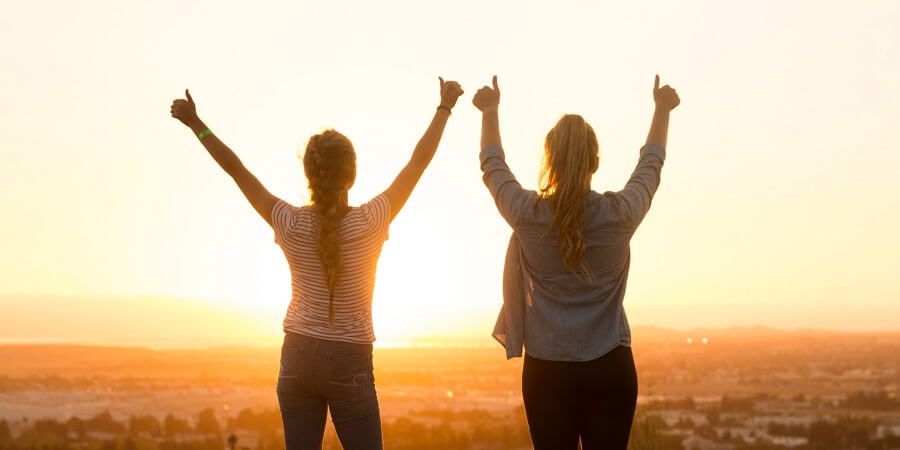 Running a mentoring scheme can be a challenge. Initially there are considerations around uptake, mentor and mentee ratio balances, and then the work required to ensure matching of pairs is effective. Once you’ve matched individuals, you may find there are further challenges with ensuring both the mentors and mentees stay engaged. Fortunately, this is where PushFar’s platform comes into play.

For a long time, I have been surprised to find that the people I speak to tend to believe they have either not encountered mentoring in their lives, or, they know about mentoring, but don’t appreciate the benefits and opportunities that mentoring can offer them